Be careful what you spread around, because some of it will end up on you. 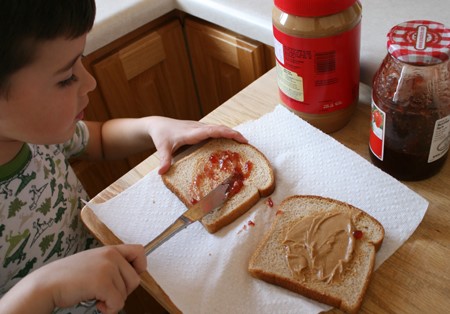 As a result, we washed tons of laundry and scrubbed lots of sticky fingers in those days. I sent many a suit and tie to the dry cleaners. I guess those are occupational hazards of raising six children.

In the ensuing years, I have found that it's not just peanut butter and jelly that end up back on us when we spread them around. The same thing happens with our attitudes and our outlook on life.

Two friends of mine illustrate this principle.

One has had troubles, but also more than his share of blessings. Yet he always seems to see the grey clouds rather than the silver lining.

When things don't go so well - which seems to be quite often - he's quick to find fault and play the blame game. He's also the first to invite you to his own private pity party. There, his tales of woe and his lamentations of life's unfairness are multiplied.

Many of his former friends have learned to avoid him. They don't need the weight of his pessimism to drag them down. As he senses their withdrawal, he gets defensive and moody and pulls away from them. His circle of friends shrinks and the downward cycle continues.

He wonders why there is so much negativity around him.

The other friend has faced more than his lifetime share of deep water, but he always seems to bob to the surface, smiling and grateful. He goes out of his way to connect people in his wide circle of friends, and he's constantly looking for ways to help others get ahead.

He exudes confidence and appreciation, which he is quick to express. People seek out opportunities to be with him. Not surprisingly, success seems to find him wherever he goes.

He's the first to attribute that success to others and to share the benefits with his team. He seems to have little ego or need to be in the limelight. For him, life is positive and uplifting.

As I said, it's not just peanut butter and jelly that end up back on us when we spread them around. What we send out comes back to us.

As I think about these two friends, I'm reminded of the story of a small settlement along a western trail. 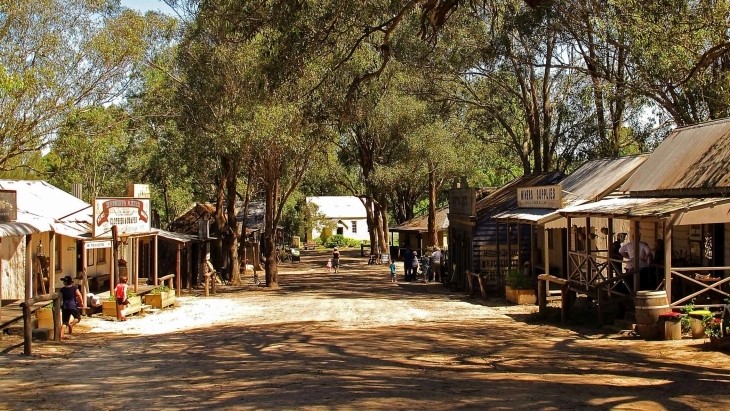 Wagon trains passing through the hamlet would spend the night and stock up on supplies before heading further west. On occasion, travelers weary of the long journey would pause to consider whether they should stop and homestead in the valley.

One such traveler approached the shopkeeper and asked, "This seems like a pleasant enough place, but can you tell me what kind of people live here?"

The merchant replied, "Well, before I answer that, tell me what the people were like in the place you just left."

"They weren't very neighborly. They seemed to only care for themselves, and there was a lot of fussing. We couldn't wait to leave," answered the traveler.

"I think you'll find the people here are a lot like that," said the shopkeeper.

The traveler decided to keep moving.

The next day, another traveler, also weary of the long trail, asked the merchant about the people living in the valley.

Once again, the merchant gave the same reply: "Well, before I answer that, tell me what kind of people lived in the place you came from."

"Oh," said the traveler, "they were kind and generous. They worked hard and took care of each other. We loved our little community and really hated to leave, but there was just no more land available."

"I think you'll find the people here are a lot like that," said the shopkeeper.

The traveler and his family decided to stay and homestead. They soon discovered their new neighbors to be kind, generous, hard-working, caring, and loving, just as the merchant had described them.

So often, what we encounter in life is but an extended reflection of ourselves.

Remember, be careful what you spread around, because some of it - like peanut butter and jelly - will end up on you. Are you happy with what you're sending out to the world? Are you pleased with the kinds of people you keep running into in your journey through mortality?
Posted by Scott Farnsworth at 8:02 AM