Family Harmony as a Planning Priority Part 2: First, Do No Harm 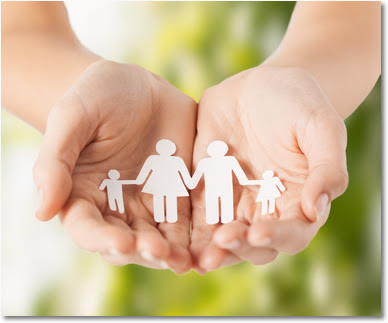 “Primum Non Nocere:” Latin for “first, do no harm.” A guiding principle for physicians that, whatever the intervention or procedure, the physician should not cause harm to the patient.

Some time ago, I was asked to prepare a will for a man with only a few days to live.  I found him to be head-strong and opinionated, notwithstanding his imminent death.
He said he wanted to leave everything to his wife, but he also pointedly wanted to disinherit one of his adult sons, with whom he had had a minor tiff a few days earlier over something in his yard.  He was absolutely determined to get the last word.  I made several attempts to dissuade him but he wouldn’t hear of it. I challenged him again and again — even pushing him to the point of anger — but he wouldn’t budge.  I finally just asked him to think about it some more and completed the will as he instructed.

Fortunately for all involved, he sent a copy to his best friend, who had been named as the executor.  When the friend read the part about disinheriting the son, he immediately recognized the danger.  He began searching and praying for the right opportunity to bring up the matter.

That moment arrived as the client was in hospice, literally on his deathbed.  This was their conversation:

“I feel honored to be appointed to serve as your executor.”

“You’re my best friend.  Why wouldn’t I ask you to be my executor?”

“Thank you for thinking of me, but I’m going to have to refuse to serve.”

“But I thought we were friends.  How could you refuse the request of a dying friend?”

“Because I think you’re making a terrible mistake, and I don’t want to be any part of it.”

“He deserves it.  He was so disrespectful to me.  I need to teach him a lesson.”

“You’ll teach him a lesson alright, but I don’t think it’s the one you want to teach.”

“Is that the legacy you really want to leave?  Is that how you want him and your family to remember you?”

“I’m leaving everything to my wife, so it really doesn’t mean anything.  My son wouldn’t get anything anyway.”

“And that’s all the more reason this is such a foolish thing to do.  Whether he receives anything from your estate will soon be forgotten, but the sting of being disinherited will NEVER go away.  Your words will go with him to his grave, and beyond.”

“Friend, you know I’m right.  You’re just being bullheaded.  Why don’t you let me ask Scott to prepare a new will and take that ugly part out?  I’m sure the document is still in his computer and it will take him about two minutes to fix it.”

I was so pleased when the friend called me and asked how quickly I could produce a replacement will without the offensive language.

“I can do it at once and get it right over to you.  I just hope you can get it signed before it’s too late and then get rid of the other one.”

He was as good as his word.  The new will was signed that night and the earlier will was shredded.

When I heard the news, I breathed a huge sigh of relief.  Disaster averted.

The client died the following evening.

Situations like this one create a huge ethical and moral dilemma for me as one who believes that family harmony should be one of our highest planning priorities.  My first obligation is of course to my client the testator.  But in a larger sense, the true objects of my efforts are those members of the testator’s family who will reap the rewards or bear the brunt of my success or failure in helping the client make family harmony a priority in his plans.

Just as a criminal defense attorney must sometimes represent a client he knows is guilty, there will be times when my clients will insist on putting features in their plans that disrupt family harmony. Ultimately it is their plan, not mine.  After 35 years in the business, I’ve come to terms with that unpleasant aspect of my work.  However, I am an advisor and a counselor and not a mere scrivener in the process; thus I must be willing to push back when clients propose things that I feel will not be in their best interests or the best interests of their family.

I’ve learned that estate plans can cause harm in a multitude of ways, some less obvious than others.  When it’s a head-on threat to family harmony like disinheriting a child or grandchild, I can deal with that.  My greater fear is that I will not recognize the family-threatening nature of some feature of a plan I draft, and thereby I will inadvertently cause harm.  Here are three examples that might fall into that category:

These and other similar features should not be casually or routinely included in estate plans.  My duty, I believe, is to make clear to the client how these provisions can seriously damage family relationships.  I must make sure the client has fully weighed the pros and cons of employing them in his plan.  If possible, I should suggest creative alternatives that would achieve the client’s objectives without jeopardizing family harmony.

If the maxim “first, do no harm” applies to estate planners as well as physicians — and I believe it does — then we must resist estate planning provisions that tear asunder family relationships, whether intentional or inadvertent.  That’s a duty we simply cannot avoid.

Next:  Family Harmony as a Planning Priority — Part 3: Improving Family Harmony
Posted by Scott Farnsworth at 11:02 AM No comments: