Wednesday Wisdom - Who Are You? Part 1: Looking Back 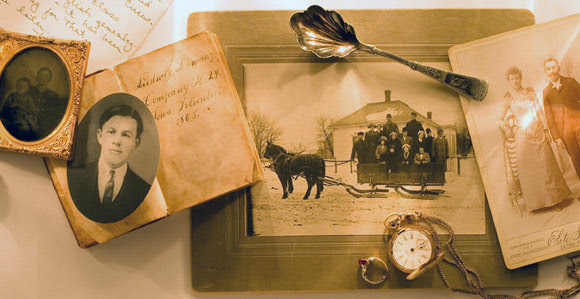 "It is wisdom to know others; it is enlightenment to know one's self."


Aristotle said that "knowing yourself is the beginning of all wisdom." One way to come to know ourselves is to explore our roots. My wife Marcie enjoys watching Henry Louis Gates, Jr. on PBS as he uses family history and genealogy to help celebrities understand who they are. Both Marcie and I are avid family history buffs, and we love how it gives us, our children, and grandchildren a keener sense of who we are and how we fit into the larger scheme of things.
Dr. Marshall Duke and Dr. Robyn Fivush of Emory University were fascinated by the possible connection between children's knowledge of their family's narratives, and their happiness and resilience. They developed a measure called the "Do You Know?" scale that asked children to answer 20 questions. Examples included: Do you know where your grandparents grew up? Do you know where your mom and dad went to high school? Do you know where your parents met? Do you know an illness or something really terrible that happened in your family? Do you know the story of your birth?
Dr. Duke and Dr. Fivush's research led them to an overwhelming conclusion. The more children know about their family's history, the stronger their sense of control over their lives, the higher their self-esteem, and the more successfully they believe their families function. The "Do You Know?" scale turns out to be the best single predictor of children's emotional health and happiness. See more in a New York Times article by Bruce Feiler at http://www.nytimes.com/2013/03/17/fashion/the-family-stories-that-bind-us-this-life.html

Both Dr. Gate's PBS program and Dr. Duke and Dr. Fivush's findings confirm what most of us know intuitively: Having a sense of belonging to a larger family is one of the best ways for us to understand ourselves. It's reassuring and soul-satisfying to know the identities and stories of "our people."   Knowing about their life journeys helps us navigate our own more successfully.
Posted by Scott Farnsworth at 9:33 AM No comments: 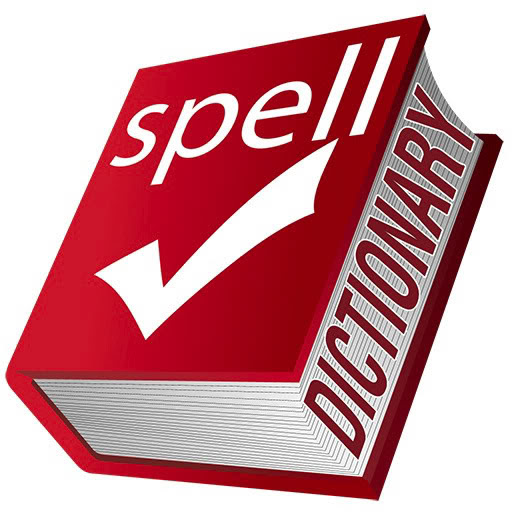 "Sometimes I spell a word so wrong that even auto-correct says, "Hey, man, sorry. I've got nothing for you."

I have children who won county-wide spelling bees, but they didn't get that skill from me. I spell so badly I even developed a pet peeve about it, back in the days of paper dictionaries: how are you supposed to find the correct spelling of a word when the only way to find it in the dictionary is if you can spell it correctly? So spell-check is a great blessing to me. I automatically scan everything, especially emails. Nothing goes out without spell-check.
It's too bad there's not an app that checks for mean words or ugly tone. Call it "Snark-Check." Saying something perceived as cruel or sarcastic or snarky can create lots more trouble than sending out a misspelled word. After one too many of such incidents, I ran into these wise words from Calvin Coolidge: "I have never been hurt by what I have not said."
I took his wisdom to heart and developed a little rule for myself: Never Send Bad News in an Email or Text. If it might sound harsh or negative or mean-spirited, don't send it. If the answer is no, pick up the phone and call. You can soften things in a conversation that sound brittle when written down. You can take back something you've just said; it's much harder if it's in writing. This simple rule has spared me a heap of trouble. I just wish I had Snark-Check to warn me when I'm about to break it.
Posted by Scott Farnsworth at 10:12 AM No comments:

Wednesday Wisdom: GROWING OLD IS NOT FOR SISSIES, Part 4: A New Chapter, A New Word


GROWING OLD IS NOT FOR SISSIES, Part 4:
A New Chapter, A New Word 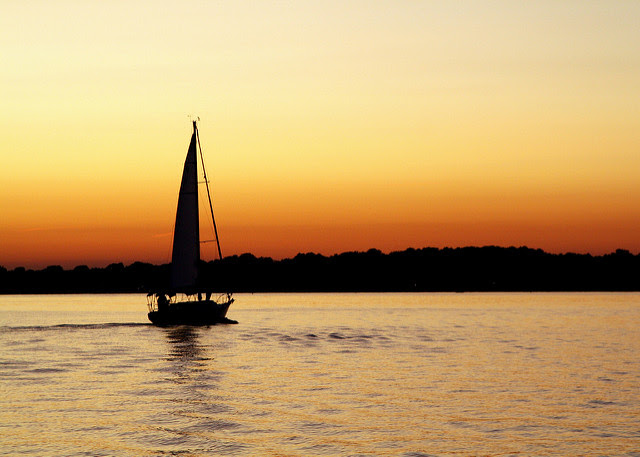 "For age is opportunity no less than youth itself, though in another dress, and as the evening twilight fades away, the sky is filled with stars, invisible by day."

I won't lie to you, the week between our conversation and the move to the nursing home was tough and there were lots of tears. My mother-in-law went through the full cycle of the grieving process, sometimes brave, sometimes angry, sometimes disconsolate, always emotional. But in the end, things went smoothly and she handled the transition like a champion.

We visited her this week and she is making the best of being somewhere she never wanted to be. Her room is lovely, cheerful, and decorated with lots of family pictures and mementos of younger days. She has a stream of family and friends, both in person and on Facebook. We met several workers and visitors who said she is a cheerful, fascinating woman, full of stories of flying airplanes in Powder Puff Derbies and raising six children, seventeen grandchildren, and twelve great-grandchildren in a genteel Southern town. She is doing her best at making herself at home in her new surroundings.
There's just one thing . . .
From time to time, she expresses a yearning to return home. She tells others this new place is only temporary. She seeks reassurances that her old room and her old house are still there for her to go back to. She's accepted the nursing home in her head, but in her heart she'll never be completely at peace.

I think those feelings are perfectly normal, and there's even a word that encompasses the whole range of emotions experienced by someone in her situation. But it's not an English word. It's from Portuguese, my second language.
Linguists say that among the world's languages, one of the hardest terms to adequately translate is "saudade" (pronounced sow-DODGE-gee), the Portuguese word for a deep feeling, a sense of loss, a profound longing for someone, something, some place, or some event that one is fond of, which is gone, but might return in a distant future. "Saudades" are what one feels towards people, places, or situations such as:

Scholars believe this word came to life in the 15th Century when ships of the Portuguese Empire sailed away to Africa, Asia, and Brazil. Those who sailed felt a profound homesickness, a deep yearning to return to the land of their birth and youth. Those who stayed behind - the women, children and old folks - deeply suffered from their absence, feeling an overwhelming sadness for those who departed on the long journeys to the unknown, then disappeared in shipwrecks, died in battle, or simply never returned. Both groups suffered the constant sense that something was missing and felt the yearning to be reunited with their loved ones who had sailed or who had stayed at home.

"Saudades." I need to teach this new/old wonderful word to my mother-in-law and those around her. Doing so may not change how she feels but having a label for those feelings will help her understand them. It's like finally getting a diagnosis for a perplexing ailment - things at last make sense.
My heart hurts for her because she is stranded between two home-places. Her ship has sailed away from familiar waters into uncharted seas but the new world is not yet in sight. In that limbo, she will continue to feel "saudades," at least until she returns at long last to her real home in heaven.
Posted by Scott Farnsworth at 9:16 AM No comments:

Wednesday Wisdom - GROWING OLD IS NOT FOR SISSIES, Part 3: The Moment of Truth


GROWING OLD IS NOT FOR SISSIES, Part 3:
The Moment of Truth "The human mind thinks best in the presence of a question."
Nancy Kline
My unannounced arrival in Mississippi alerted my mother-in-law that something serious was afoot. I told her I am here to talk about money, and the numbers don't look good. Between the cost of around-the-clock sitters and the repair and maintenance of her huge old house and property, we could be flat broke in four years. Staying here much longer is NOT an option, I said.
We've found a private room in a U.S. News & World Report "Five Star" facility, the nicest around. It costs 40% of what we're paying now and it's $25,000 less than other nursing homes in the area. It's an amazing opportunity. Then I posed a question I knew would draw her in, because at 90 she still loves mental puzzles:
"How can the highest-rated nursing home charge $25,000 less for a private room than all the others charge for a non-private room? How is that possible? Can you make sense of that?"
There was a method to my madness, which had come to me on the airplane. I asked a question that invited her to try to solve the riddle rather than become confrontational. I phrased the question so as to focus on two things she values deeply: making smart financial moves and staying in a private room. And I knew the answer to the question would be compelling for her because she treasures self-reliance and abhors the bone-headed outcomes (in her view) produced by "big-government meddling."
The answer, I said, is Medicaid. I explained that Medicaid covers 50% of nursing home patients in this country but only pays 40% of the total cost of nursing home care. In other words, private-pay patients pay more, based on an artificially high "rack rate," and thus in effect subsidize Medicaid patients, who pay far less. "Our" nursing home doesn't accept Medicaid so it doesn't have to play the "rack rate game." As a result, it offers superior rooms and great service at a $25,000 savings.
As intended, my explanation struck a nerve with her. She has always prided herself on her independence and not having to rely on government assistance. She sees Medicaid as welfare and cannot imagine herself being any part of it. The wheels inside her head were spinning.
As things stand, I said, we now have two options. If we act quickly, we have a rare, miraculous chance to snag a private room in a first-class Five-Star non-Medicaid facility. If we do that, we'll have enough money to care for you comfortably for 10 or 12 years.
Or, we can keep doing what we're doing and in about four years, we'll run out of money. We won't have any options then. You will become a Medicaid patient. You'll live in a semi-private room in a facility with a lot of other Medicaid patients. That's not what we want for you. We want you to be happy the last years of your life, with the best care possible.
If we go with the first option, you will have several important decisions to think about. You can decide which day next week we make the move. You can choose the furnishings and artwork and decorations you want to take with you. You can pick which sitter you want to accompany you for the next few weeks while you settle in at your new place. You can choose to be smart or short-sighted, happy or surly. Those choices are yours to make.
I realize this is hard news to hear. You've always assumed you'd pass away peacefully here in your own home. We've done our very best to make that happen, but unfortunately we don't have the resources any more.
I'll stay with you for the next several days as you come to terms with this transition. It will be tough. It will be like the death of a long phase of your life and you will go through a grieving process. You'll feel anger, frustration, pain, denial, loneliness, guilt, and a dozen other emotions. We'll both cry a lot, but you will get through it, I promise. You're a strong woman and you can do hard things. I'll be here to help. We can do this together.

To be continued.
Posted by Scott Farnsworth at 10:19 AM No comments: