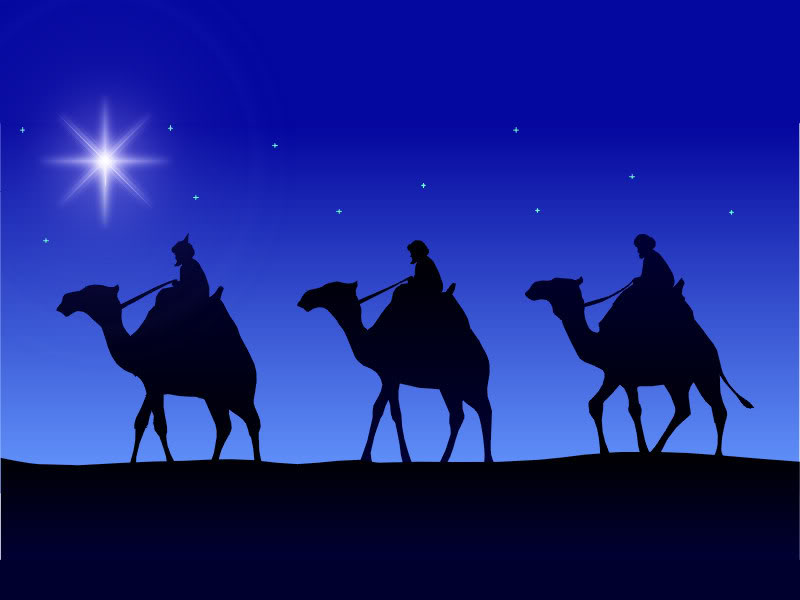 "Wise Men came with the treasures of earth in their hands . . . and left with the Treasure of Heaven in their hearts."
Anonymous

The New Testament presents two contrasting sets of visitors to the newborn Jesus. The Gospel of St. Luke recounts the story of humble shepherds drawn by heavenly choirs from their hillside encampment to worship at the simple stable on the night of Christ's birth.
The Gospel of St. Matthew, on the other hand, tells of wealthy and influential wise men from the east led by a new star to the court of King Herod and from there to the house where the Holy Family was staying. Theirs is a wonderful message of persistence and generosity.
These wise men were crucial to the miraculous preservation of the young and vulnerable Jesus in at least two significant ways. The first is readily apparent. Hearkening to inspired dreams, they disobeyed Herod by not telling him where Jesus could be found. Instead, they avoided Jerusalem and "departed into their own country another way."
The second is less obvious. Matthew records that upon the wise men's departure, Joseph was warned in a dream to flee to Egypt and to remain there until Herod's death. The young family hurriedly left Bethlehem under cover of darkness. Thus Jesus escaped Herod's "Slaughter of the Innocents."
But how did the family not starve to death during their travels? How could they have survived so many years of exile in Egypt? Having no connections, not speaking the language, and presumably trying to stay "under the radar" to avoid notice, Joseph probably could not have found meaningful employment there.
The answer, by my estimation, is that the family was sustained by the proceeds of the sale of the wise men's gifts. Their costly offerings of gold, frankincense, and myrrh may have provided the financial means by which Jesus Christ and his family were able to escape Herod's murderous intentions and then live anonymously in Egypt until Herod died.
These wise men, their generosity, and their obedience to divine revelation were essential to the Christ Child's survival. I rejoice that even today wise men and women still seek Him. They continue to listen to the inspired whisperings of their hearts, and they use their means and their influence to protect families, save lives, and promote peace. My wish is that we all may do likewise, both during the Christmas season and throughout the year.
* * * * *
Best Wishes for Christmas and the holiday season, and for a prosperous New Year. I look forward to sharing future Wednesday Wisdom articles with you in January.
Posted by Scott Farnsworth at 9:00 AM No comments:

LEARNING WHAT I DON'T KNOW
Part 5:  What Does it Mean to Really Listen? 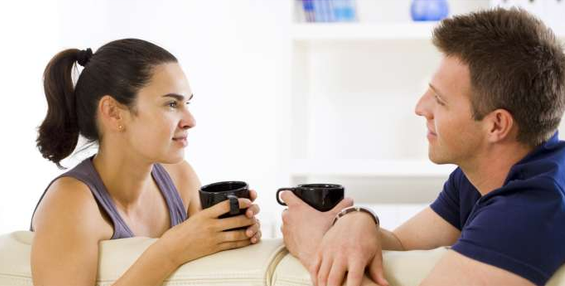 "When people talk, listen completely. I have learned a great deal from listening carefully. Most people never listen."
Ernest Hemingway

This 5-part series of articles began with this quote from Bill Nye, the Science Guy: "Every person you will ever meet knows something you don't."
In my quest to learn insight and understanding from others, I keep this image in mind: The people I meet possess a treasure trove of knowledge and wisdom about themselves, their lives, their loves, and their understanding of the world. They safeguard those valuables behind a heavy locked door. To open that door and access that wonderful cache of information requires three unique keys: authentic curiosity; thoughtful story-leading questions; and attentive, respectful listening.
I have found that good listening is hard work. Most of the time, what passes for listening is merely being quiet until it's our turn to speak. We tend to focus on how we will respond rather than on what they are saying. We tend to be WE centered rather than THEY centered.
In a post I wrote in June, I used this quote: "If you would sell what John Smith buys, you must see the world through John Smith's eyes." In this present context we need to paraphrase that old ditty: "If you would know what Bill Smith knows, your mind must go where his mind goes." In other words, we must listen so well that we begin to understand the unique and sometimes idiosyncratic workings of his brain.
"Going where his mind goes" requires what I call "Transformational Listening."   Transformational Listening means we give our full attention. We show with our countenance and our body language that we deeply want to hear them. We don't interrupt or compete or minimize or infantilize them in any way. We don't formulate our answer. We "just" listen. We savor every morsel of what they have to say. We are fascinated with where their mind is going and we wonder where it will go next.
I call it Transformational Listening because it changes the person we're listening to and it changes us. It literally makes each of us a better person. They are changed because this kind of listening says to them, "you matter." They thrive and grow as they bask in this nourishing, generative, affirming environment. We are changed because we can now see the world through their eyes. Once we have that perspective, we can never go back to being who we were before, nor would we want to.
A transformational listener embodies three essential attributes: He has humility, respect, and a drive to learn what he doesn't know.
The transformational listener is humble. He sees himself as constantly open to new understanding. He knows that, as much as he already knows, he still has much to learn about the other person's world. He understands that careful, attentive, and appreciative listening both with his ears and with his heart is the only way he will learn enough about their world to become an expert in it.
The transformational listener is respectful. Regardless of any disparity in age, education, wealth, achievement, rank, status, or power, he sees others as fellow human travelers, each with unique experiences and exceptional brilliance. He acknowledges their strengths and talents, and honors their life journeys. He knows every person he meets has something important to teach him.
The transformational listener has a drive to learn what he doesn't know. He can't wait to discover what lies within the other person's next word or phrase or silent pause. He is fascinated by where their mind will go next, by what stories or insights will spring forth from their thinking if he listens generously and without interruption.
Listening in this way enables the other person to share what they uniquely know and enables us to learn from them what we didn't already know. We thus experience for ourselves the truth of Bill Nye's statement: "Every person you will ever meet knows something you don't."

* * * *
Scott Farnsworth is an Attorney at Law and a Certified Financial Planner. He is the Founder and President of two companies: SunBridge, Inc. - An international advisory group for financial advisors and estate planning attorneys and Personal Asset Advisors - a Central Florida based retirement planning group. He is an expert on Social Security Maximization and Tax-Free Retirement. Feel free to email Scott at Scott@SunBridgeNetwork.com to help you with your needs.
Posted by Scott Farnsworth at 9:14 AM No comments: