"The greatest obstacle to discovery is not ignorance, it is the illusion of knowledge."  Daniel J. Boorstin 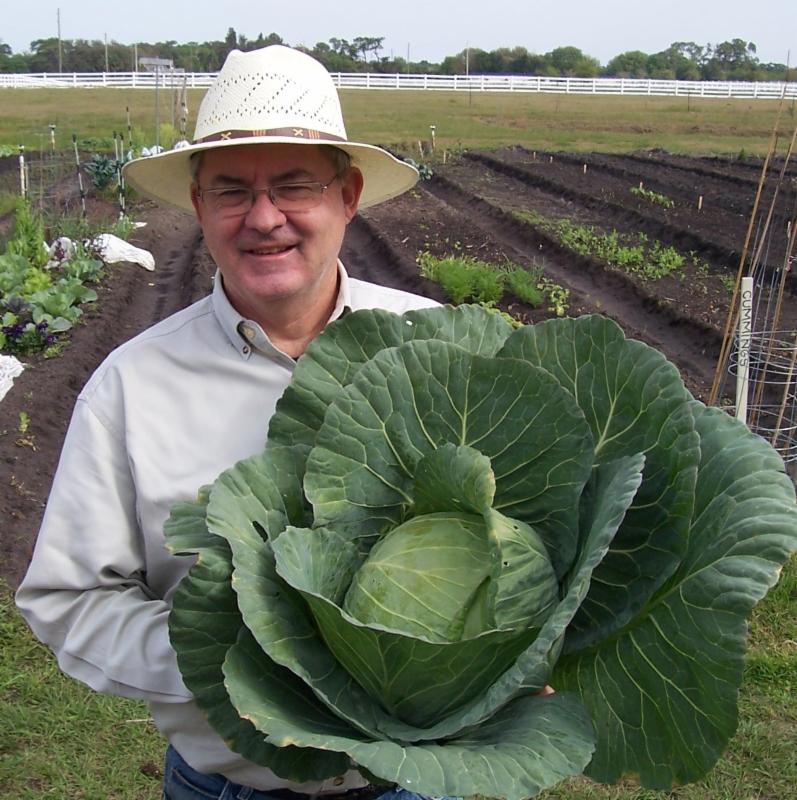 I received a message a few days ago from my sister-in-law Becky, who lives in Madison, Mississippi. It read:

Scott, I have a question for you. I recall your posting pictures of some beautiful veggies you had grown. Some were incredibly large. Could you tell me how you got them to grow so big? Did you have your soil tested and add amendments? Did you use a special fertilizer? I love to garden, but my yield and my flowers are less than I would desire. Thanks a lot!!

I thought about her question that whole day, but didn't respond because I wasn't sure what to say.

The next day she sent me the same message. (Becky is nothing if not persistent.) I realized that evasion or procrastination would not work in this setting, so I called her right away to confess that I was unclear how to answer her. Our conversation went something like this:

Me: So, what's happening, Becky?

Becky: I'm disappointed and getting frustrated with the results of my gardening. Everything I raise seems to be puny and I'm not getting much yield. I was hoping you could give me some pointers. You seem to get great results.

As she was speaking, my mind flashed back to some past successes I'd had in the garden. 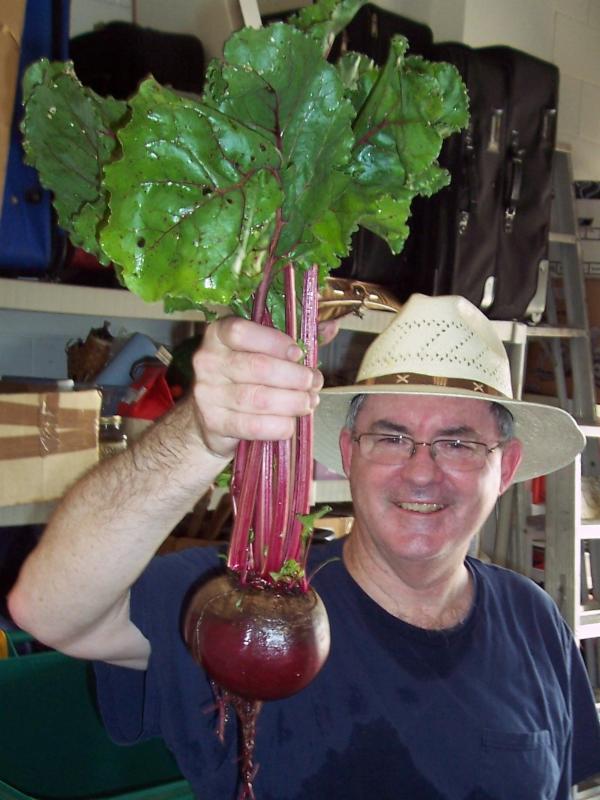 Me: Becky, are you familiar with the term "unconscious competent"?

Becky: No, what does it mean?

Me: It means someone who is successful but who does not know what caused his success, or at least he lacks sufficient understanding to teach someone else how to duplicate that success.

Becky: Oh no. Are you saying that's what you are? I find that hard to believe.

Me: Yes, I'm afraid so. Since we moved to Harmony in 2007, I've had gardens in three locations. I first started gardening at the Pratt's community garden and rent-a-row. I'm pretty sure they had had their soil tested. Nancy and Allan told us to add lots of peat moss before turning over the soil, and then to work in a balanced granular fertilizer during the growing season. When I had a garden in the Harmony community garden and in my own backyard raised beds, I just did the same thing. Usually it worked, but sometimes it didn't.

Becky: So when it didn't work, you couldn't see that you'd done anything differently?

Me: Not that I could identify. That's what's frustrating about being an unconscious competent - it works great when it works but you don't know how to fix it if it doesn't.

Becky: Then what do you think I should do?

Me: I would say, go get your soil tested and follow the Extension Service's advice. They're the real experts. Sorry to be so unhelpful.
* * * * * 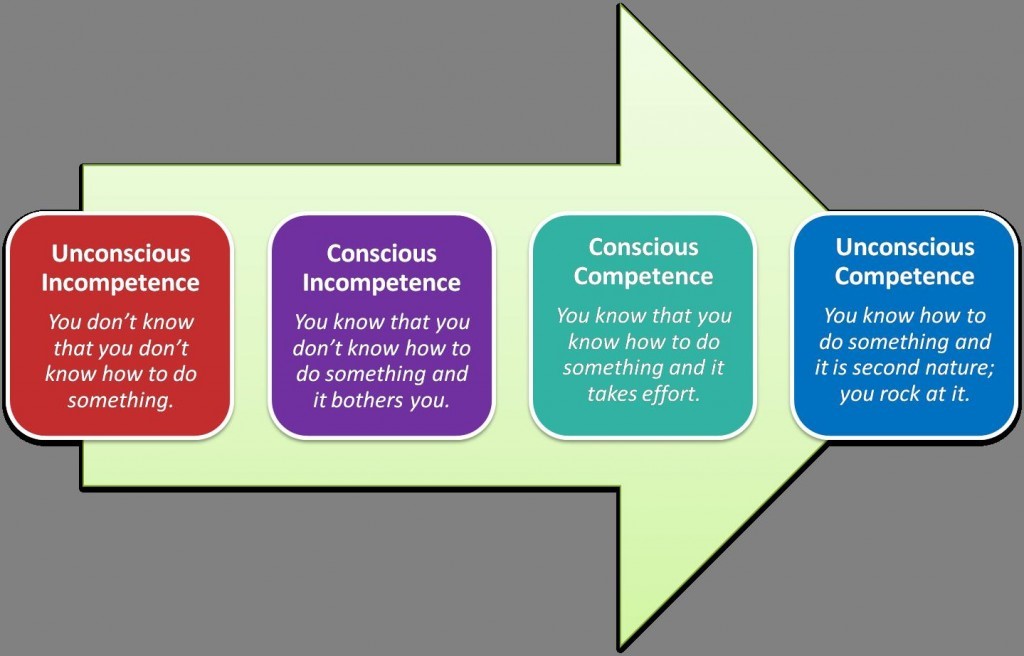 In certain theories of education and learning, there are four levels. Learners or trainees tend to begin at stage 1, called "unconscious incompetence," in which the person is not aware of the existence or relevance of the skill area.

They pass through stage 2, "conscious incompetence," where they become aware of their deficiency in the skill area,

The fourth step in this paradigm is called "unconscious competence." This signifies the ability to do something well without thinking about it. The skill has become almost automatic. In most learning models, "unconscious competent" is said to be the highest level of achievement.

However, I disagree with that point of view. To me, there's another step, a fifth level. This highest level is the ability to not only do something well and intuitively, but to also explain to another what you're doing and why, and to figure out how to progress and improve your methodology in doing it.

Dr. Lorgene A. Mata looks at it the same way I do. He wrote:

I believe the highest level of competence learning is not level 4, "unconscious competence", but a higher 5th level. At this level, the person has not only mastered the physical skill to a high degree that does not require conscious execution of the skill but he also comprehends the what, when, how and why of his own skill and [is thus] able to improve on how it is acquired and learned. He is thereby able to teach the skill to others in a manner that is effective and expedient.

This "fifth stage of learning" indicates a stage where you can operate with fluency yourself on an instinctive level, but are ALSO able to articulate what you are doing for yourself and others. Many people never reach it - we all know experts who can't tell you how they're doing what they're doing.

So back to my own gardening.
Although I have reached Level 4 - unconscious competent - as evidenced by my ability over the years to produce some wonderful vegetables, I have not yet reached Level 5, which I call Mastery. At the Mastery level, I would be able to grow large and abundant crops just about every time, and I could adjust my horticulture whenever my approach was a little out of kilter or I found myself in a somewhat different environment. And just as importantly, I could explain to Becky (or anybody else) what they ought to do to achieve the same results I have.

I am not there yet, although to an outsider I might appear to be.

Knowing that about myself is what made me reluctant to return Becky's call. I didn't want to reveal myself as an Unconscious Competent when she thought I was a Master Gardener. That would require climbing down from my pedestal and acknowledging my shortcomings. Oh vanity!

Sorry, Becky, I can't tell you how to fix your problem. I learned a successful pattern of fertilizing from the Pratts, but if that approach doesn't work, I'm lost. At Level 4, I have not yet figured out the what, when, how and why of gardening success, especially as it pertains to soil types, soil deficiencies, and soil additives like peat moss, fertilizers, and the like. Add to that the challenges of dealing with ever-changing populations of bees, butterflies, and other pollinators, and gardening remains difficult for me.

When it comes to vegetables, I can grow 'em large and beautiful (sometimes), but I can't teach others how to grow 'em that way. As Dr. Gilbert described it, I'm one of those so-called "experts" who unfortunately "can't tell you how they're doing what they're doing."

In my next Wednesday Wisdom, I'll talk about "REACHING LEVEL 5: THE MASTERY LEVEL."
Posted by Scott Farnsworth at 7:30 AM No comments:

"It's nice to just embrace the natural beauty within you."  Victoria Justice 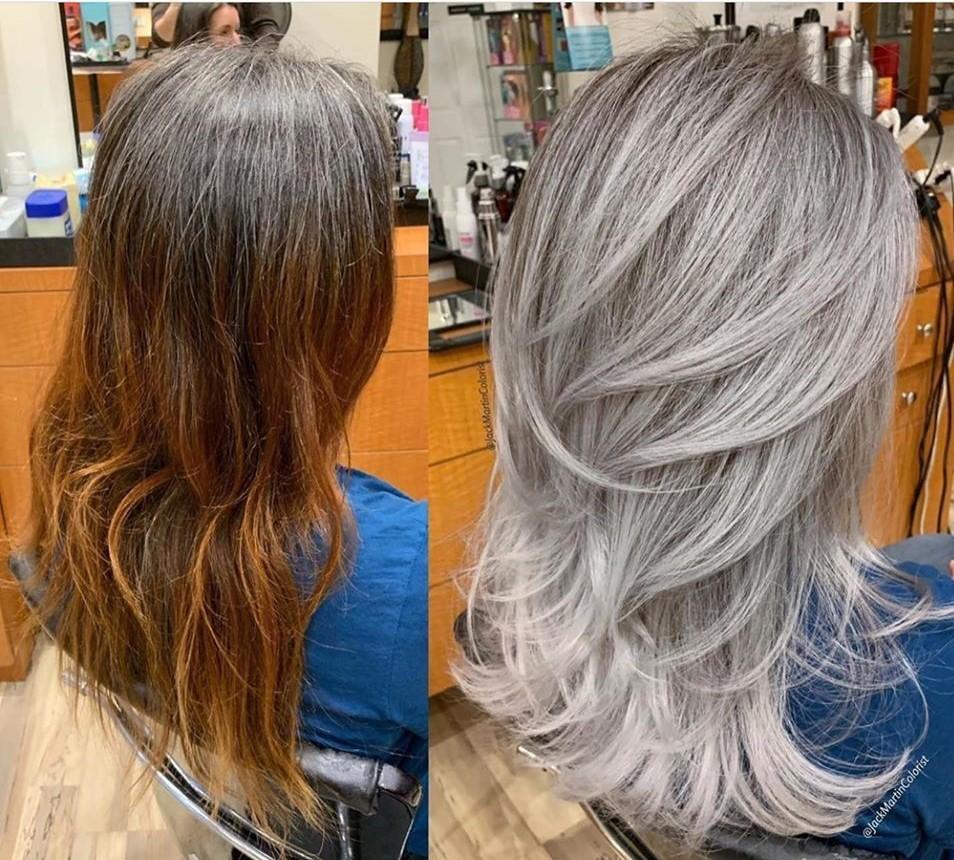 I have a middle-aged friend who is struggling with the fact that over the course of several weeks of corona virus lockdown, her "true colors" are showing up and taking over. The truth is that since her late teenage years, she's been turning silver, but she's covered it up with twice-monthly visits to the beauty parlor.

Now that she's already got several inches of gray coming through, she's decided to come to terms with her real age and wear her "grown-up hair." But she doesn't want to go around for weeks with two-toned hair as her natural color grows out. Fortunately, her hairdresser is helping her manage the transition with some excellent interim coloration.

She does worry, however, that as a "newly-older" person, some opportunities will no longer be open to her. But she feels that being more authentic about who she really is has become increasingly important. And she knows that those who truly love her won't stop loving her because of the color of her hair.

Here's a fun and light-hearted look at this issue, the terrible quandary that's confronting many of us as we emerge from long weeks of isolation. (My apologies to Cyndi Lauper.)

Carly, the woman who cuts my hair, is in her early 40s and has striking silver hair. Since she works in a full-service salon, I long assumed that she colored it. One day I asked her who did her hair. 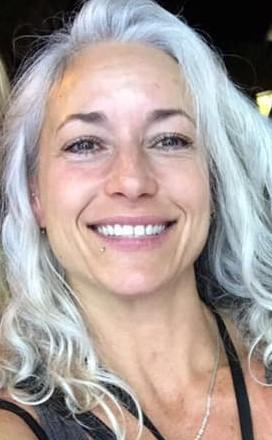 "No one," she answered. "I went completely gray very early and this has been my natural color since my teens and 20s. For a very long time I dyed it because I thought I was way too young to have gray hair. It was a pain trying to control my roots, but I gave in to vanity for years and years, trying to aspire to what I imagined others' definition of beauty was.

"But one day, I just said 'enough' and let it go gray. It took many weeks of having two-toned hair, then short hair after I chopped off the previously dyed part, but it finally got there. Since then I've come to love the real me. And it sure has eliminated a lot of extra work in my life."

Now, many who see her eye-catching hair believe it is one of her finest features. But she says that the internal transformation that took place for her when she decided to be true to her authentic self was far more significant than her change in hair color. To me, the resulting glow and confidence in her eyes and her countenance are at least as stunning as her hair.

So why are so many of us so critical of our natural look? Why do we run away or try to hide from our real selves? Is it vanity? Are we concerned about being judged for what we or others might consider physical blemishes? Looking different can affect our self-esteem. Is it fear of ageism? Without a doubt there is serious discrimination against older people, especially in the job market.

But hopefully, all this extra time we've had for self-reflection during the coronavirus shutdown has helped us recognize that who we really are, both inside and out, is enough. No doubt the transition can be difficult, but being ourselves is what really counts.

Critics will still be critics, but we ourselves should not be among that number. Those whose opinions truly matter will love us anyway. They will admire us not for the quality of our dye job (once we finally get back to our stylist) but for our courage, our authenticity, and our power to focus on matters more significant than external appearances.

I say, be yourself, knowing that the real you is more than enough.
Posted by Scott Farnsworth at 7:30 AM No comments: