"The thing that interests me most about family history is the gap between the things we think we know about our families and the realities."  Jeremy Hardy 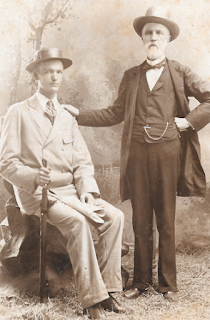 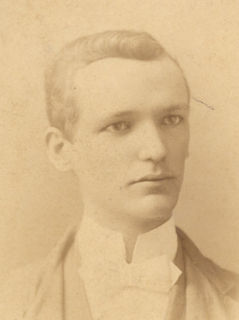 Do you love a good mystery?
Do you enjoy solving complicated puzzles?

Are you fascinated by intriguing stories?

To me, these are some of the attractions of family history research. I love delving deep into various branches of the family tree and seeing who and what I discover. With so many apps and genealogy programs available these days, it's not that hard to find something interesting and often unexpected.

One of the family stories that grabbed my attention lately was about Louis Emil Menger, my wife's great-great uncle. Both of his parents, Emil and Dorothea, had immigrated alone from Germany as young adults through the port of New Orleans. They met in Louisiana, married, and then moved to Clinton, Mississippi, where Emil was hired as a professor of linguistics and head of the music department at Hillman College, now Mississippi College. We still own the handsome gold-headed walking stick given to Professor Menger when he retired in 1884.

Louis was born in 1871 and grew up around the college. He left Mississippi at age 19 to pursue graduate studies at Johns Hopkins University in Baltimore. He corresponded frequently with his mother and sister about his life in Maryland and later Pennsylvania, and we have many of those letters still in our possession.

That correspondence indicates he made several summer trips to Europe over the next few years. Tragically, on one of those jaunts, he drowned in Lake Maggiore, Italy, at the age of 32 and was buried there. For all these years, our family tree showed him as alone on his own little branch, with no spouse or children.

I had always pictured Louis as meeting his untimely end while gallivanting around Europe on vacations and holidays, as young adults of the leisure class in those days often did. Kind of like the turn-of-the-20th-century version of backpacking through Europe.

My assumptions, it turns out, were way off the mark.

While digitizing old family papers, we uncovered a copy of Louis' obituary written by his teacher and mentor, Professor F. De Hann, the head of the Romance Languages Department at Johns Hopkins University. I interrupted my scanning to read it all the way through, and it completely changed my perspective of Louis Emil Menger.

Professor De Hann wrote that when Louis appeared at Johns Hopkins at the age of 19, he already had a college degree and two years of teaching under his belt. Within three years he had earned his PhD and was a member of the faculty of Italian and Romance languages.

In 1897, this bright young academic "star" was hired away by Bryn Mawr College to beef up their language department. There, in short order, he became a full professor of Romance Philology, French, and Italian. He was smart, driven, and industrious, definitely not a leisure-class carouser.

His summer trips to Italy were focused on his scholarly study of European languages and a professional treatise he was writing; they were not merely extended spring breaks, as I had supposed.  The scholarly book Louis had been researching bore the imposing title of THE ANGLO-NORMAN DIALECT, A MANUAL OF ITS PHONOLOGY AND MORPHOLOGY WITH ILLUSTRATIVE SPECIMENS OF THE LITERATURE. It was published posthumously by his professional colleagues.
But the real bombshell was in the last paragraph of the eulogy:
He was not destined to see his work in book form. Death came to him suddenly, without warning. On August 4th, 1903, he was drowned in Lago Maggiore. They laid him to rest in the little churchyard at Ghiffa, a beautiful spot in the land he loved so well. A young wife, a loving mother, and many admiring friends mourn him and cherish his memory.

"A YOUNG WIFE??????" I almost shouted to myself. "He was married?????? How is it possible that in telling the family story, no one mentioned his wife? How could we have so many letters, photographs, and records for him and know nothing about her? For a hundred years we never knew he was married and we never knew she existed!"

My mind was racing. "So there is another member of our family, someone who has been forgotten for over a century? I wonder, we can find her? What was her name and where was she from?" Now the hunt was on in earnest.

I went first to FamilySearch.org and Ancestry.com and added a wife for Louis Emil Menger 1871-1903. Not knowing her name, I called her "Mrs. Menger." I hoped the search engines for those two programs would start locating some hints I could study. I waited and waited and waited and . . . nothing.

A little disappointed, I went to Google and entered "Wife of Louis Emil Menger." (Sometimes it pays to have a rather unusual name.) From Google I found the original eulogy and also a second entry, this from the minutes of the Romance Club at Johns Hopkins University:

At a meeting of the Romance Club of the University, Oct. 21, 1903, the following minute was adopted:

"We the members of the Romance Club of the Johns Hopkins University wish to express our sorrow at the death of Louis Emil Menger, Professor of French Philology and Italian at Bryn Mawr College, and formerly Associate in Romance Languages at the Johns Hopkins University. In his death, just as he was entering upon his most promising period, we mourn the loss of a forceful, accurate thinker, a successful teacher, and a productive worker. To his wife, his mother, and the other members of his family we extend our deep and sincere sympathy."

This sweet reference confirmed that Louis was married but gave no clue as to his wife's identity.

But a third Google listing turned up the professional treatise Louis had been writing, published after his death. I Googled his name and the title and found the Google-scan version of the book itself. I eagerly read through the foreword. AHA!!! There it was, on page viii, "In Memoriam":

In December, 1900, he was married to Miss Elizabeth Buckley. During the summer of 1903 he travelled with his wife in Italy, and on August 4 was drowned while bathing in the Lago Maggiore at Ghiffa.

VOILÀ!!! Her name was Elizabeth Buckley, they were married in December of 1900, and she was with him when he died.

I returned to Google and entered "Marriage of Louis Emil Menger and Elizabeth Buckley December 1900." BINGO!!! The number one result in Google was "Minnesota Marriages Index 1849-1950" in both FamilySearch and Ancestry. Digging deeper, I found this index entry:

Next, I found a copy of an article in the society pages of a St. Paul newspaper describing a pre-wedding reception feting the couple. Through the miracle of modern genealogy programs and search engines, most of what I thought I knew about Louis Menger had been turned on its head. But more importantly, I had found a missing family member who had been lost for more than a century.

I now know that Louis was a serious and well-respected scholar, a family man and not a turn-of-the-century gadfly. He was married to Mary Elizabeth Buckley in St. Paul, Minnesota, on Christmas Eve, 1900, at the age of 29, by which time he was a full Professor at Bryn Mawr College. She went by the name of Elizabeth, and they established a home near the campus "that was a delight to all who saw it." She was with him when he tragically drowned in Italy in the summer of 1903, just 2½ years into their marriage.

Family history is exciting but it's also never-ending. Each new answer yields a dozen new questions, and so far I don't have answers to most of them.

I've learned the truth about Louis Emil Menger, but now the mystery is about Mary Elizabeth Buckley. Who is she, besides Louis Menger's wife? When and where was she born, and where did she grow up? Who were her parents? Did she have brothers and sisters? We don't know what she looked like nor how she and Louis met. We don't know what happened to this young widow after she lost her husband that tragic day in August of 1903.

This is likely to be a mystery with several more twists and turns before it reaches a conclusion. Who knows where the trail will lead? But for now I'm on the case, starting with FHL Film Number 1313332.

This saga will definitely be continued . . .
Posted by Scott Farnsworth at 7:30 AM No comments: 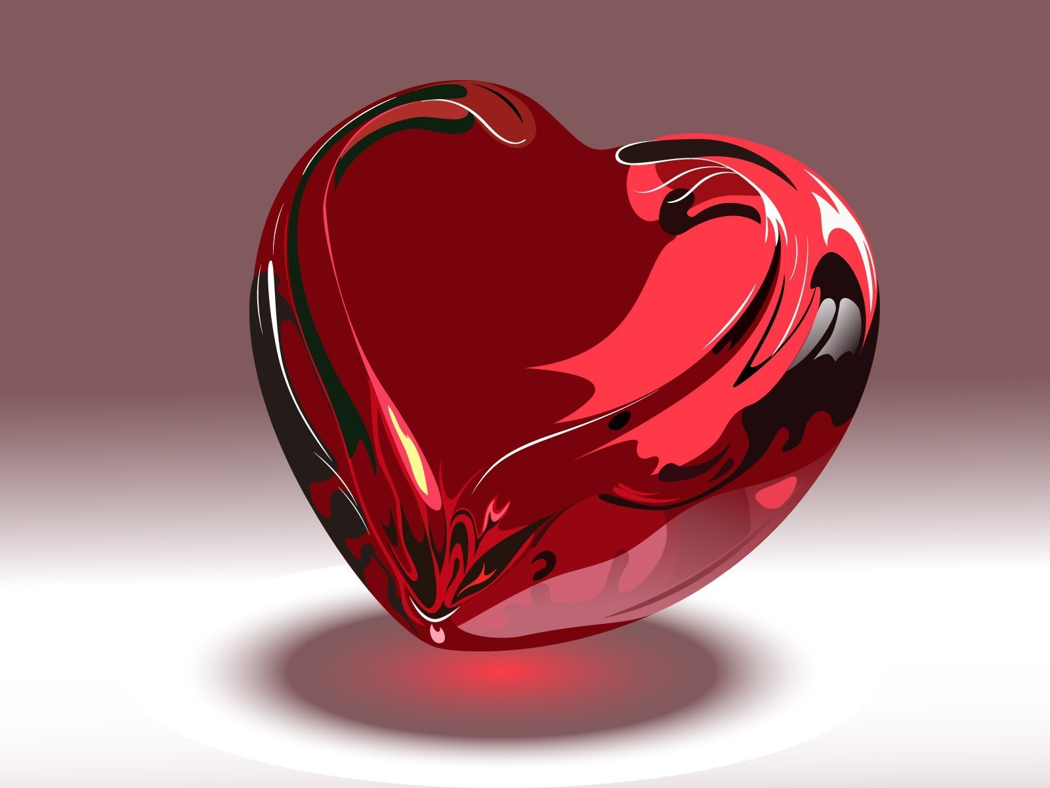 Two years ago, I wrote a Wednesday Wisdom for Valentine's Day, in which I declared that my 42-year marriage with Marcie was a dream come true, and its success was based on three key principles:

1.  I married someone with sterling character, who personifies the 1 Corinthians' Chapter 13 description of authentic Love.

2.  We both do our best to live unselfishly, seeking the welfare of the other first.

3.  We share the core belief that a loving, nourishing marriage has the capacity and the destiny to become eternal. Marcie and I believe our Heavenly Father honors faithful, devoted marriages and will perpetuate them beyond the grave.

Since then, I have come to the conclusion that there is a fourth essential factor that makes our marriage work, and work beautifully. I have observed other marriages of friends and family members who seemed to have it all together, but whose relationships fell apart because this one "little" ingredient was missing.

It sounds simple but it is profoundly impactful in our lives together:

I believe that love and kindness go together, hand in hand.   I fully agree with Randolph Ray, who said, "Kindness is tenderness. Kindness is love, but perhaps greater than love...Kindness is good will. Kindness says, 'I want you to be happy.'"

Kindness is the best way to show someone that they matter, whereas unkindness refutes and negates any and every other way you may try to express love. Flowers wilt, chocolates melt, and candlelight dinners give indigestion when paired with unkindness.

"Love and kindness are never wasted. They always make a difference. They bless the one who receives them, and they bless you, the giver." Dr. Barbara De Angelis

The Apostle Paul definitely got it right when he wrote:

This year, for the 44th Valentine's Day in a row, I will be striving to be kind to my forever sweetheart and companion, Marcie, and I will be basking in her kindness to me. I hope each of you will have the same blessing with your Valentine too.
Posted by Scott Farnsworth at 7:30 AM No comments: