WEDNESDAY WISDOM: Life on Lake X - Driving Around and Around in Circles

WEDNESDAY WISDOM:  Life on Lake X - Driving Around and Around in Circles

“Walking in circles your whole life just gets scuff marks on your shoes.” Todd Johnson 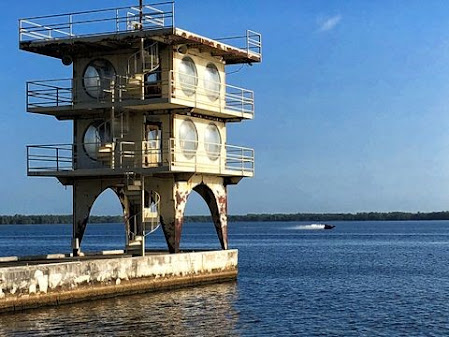 There is a large lake a few miles from my house called “Lake X.”  It is entirely on private property and lies at the terminus of a long, dead-end road.  It boasts its own private airstrip, and is hidden behind high chain-link and barbed-wire fences.  Back in the 1950s, a squadron of security guards kept outsiders at bay.  When the winds were right, neighbors could hear the sounds of motorboats on the lake at all hours of the day and night.

Over time, word seeped out that Lake X was a test site for new prototype motors being produced at the Mercury Marine factory in the nearby town of St. Cloud, Florida. The location was designed to be the most secluded marine testing facility in the world with 12,000 acres of land and 1,440 acres of water.

While the testing at Lake X in recent years has shifted to a focus on high-tech racing boats, back in the 1950s the emphasis was on improving the durability of Mercury Marine motors. Young men were hired to drive boats around and around in an 8.3-mile circle to test the engines’ durability and report those results to company engineers. 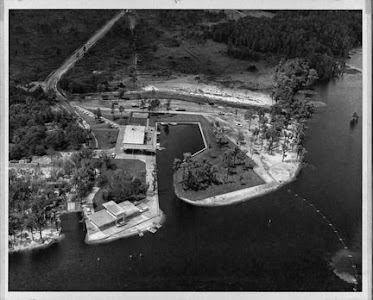 To counter criticism of the durability and longevity of the company’s products, Mercury executives conceived a non-stop, "around the world" endurance run using two boats powered by Mercury outboards. Known as “Project Atlas,” drivers working in shifts drove the boats nonstop for more than a month. After 34 days, 11 hours, 47 minutes and 5.4 seconds, the lead boat completed its 4,526th lap of Lake X for a total distance of 25,003 miles. It was followed only minutes later by the second boat. 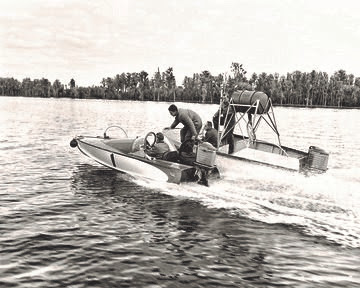 The achievement of Project Atlas did much to reassure potential customers that the company’s motors were reliable and wouldn’t quit on them in the middle of nowhere.  “Mercury Marine Motors Go Non-Stop Around the World.” Marketing Mission Accomplished!!!

Despite the success of Project Atlas and notwithstanding the allure of working within the mystique of James Bond-type secrecy, real life on Lake X was decidedly unglamorous.  Many of the employees didn’t last long on the job.  Without question, the biggest challenge they faced was the relentless tedium of driving mindlessly around and around, hour after hour. It’s hard to picture motoring in a circle, day after day and night after night, for more than a month.  The apparent glamour of being a Lake X driver was soon undercut by the sheer boredom of cruising in endless circles to nowhere.

A few weeks ago, I experienced — in a miniscule way — my own “Lake X” episode with my wife’s electric wheelchair.  The batteries were malfunctioning and the expert at the electric wheelchair store told me to ride the chair until it completely ran out of juice.

Turns out, I had no idea how long the chair could go on a single charge.  I drove around and around in endless circles on our quiet residential street for what seemed like forever, all the time praying that it would soon give up the ghost.  But even when the gauge was blinking empty, the chair behaved like the Energizer Bunny.  It simply wouldn’t quit.

During the hours during which I was driving around in circles, I was thinking of all the other things I could have been doing on my day off.  I had lots of chores on my to-do list, and lots of fun things I wanted to try.  Instead, there I was, stuck on that wheelchair going nowhere.  Finally, after several hours, it conked out and I was able to push it into the garage for repairs.  What a waste of a lovely spring morning, I thought to myself.  It’s a good thing no one had hired me to work at Lake X back in the 1950s.

Perhaps there are times for all of us when life seems as though we are driving one of those boats on Lake X, on a circular path to nowhere.  There have been occasions over the years when I’ve felt like I was going around and around in circles, living my personal version of a Lake X existence.  I was moving, but I wasn’t sure where I was going and, as a result, it seemed as though I was not getting anywhere.

Going in circles can leave a harried traveler with a sense of disequilibrium.  Novelist Wallace Stegner wisely observed: “If we don’t know WHERE we are, we don’t know WHO we are.”  I have learned that if I cannot clearly identify the destination to which I am headed, I am probably running in a circle.

When that happens, it’s imperative that I stop and regain my bearings.    It’s important to pull out my compass, my sextant, and my maps, and allow myself a bit of calm and solitude to recalibrate my direction and destination.  I need to get beyond the confines of a Lake X mindset by spending extra time on my knees in PRAYER.

I must pause and remember who I really am and what I really want from this life. In the journey of mortality, PACE is a poor substitute for PERSPECTIVE and PURPOSE.

Posted by Scott Farnsworth at 7:00 AM No comments:

Posted by Scott Farnsworth at 7:30 AM No comments: