WEDNESDAY WISDOM: A Dollar a Day and Your Dinner


A DOLLAR A DAY AND YOUR DINNER

"The deepest craving of human nature is the need to be appreciated."  William James

Alfalfa hay was one of the principle crops in the area where I grew up in Fruitland, New Mexico. Harvesting it was very labor intensive. After it was cut, dried, and windrowed, it was baled into 70- to 80-pound bales. Those bales had to be picked up by hand from the field and loaded onto a trailer, then stacked in a barn or near the corrals for feeding. "Hauling hay" or "bucking bales" was hot and dusty, and required lots of back-breaking lifting.

On our farm, after we finished hauling our own hay, the older teenager boys were permitted to hire out to buck bales for neighboring farmers, something our father had done in his day. When he was a young man, he related, the going wage for this work was "a dollar a day and your dinner." "Dinner" meant the noon-day meal. Dad observed that, since every farmer paid the same dollar per day, the one whose wife cared enough to cook the best meal for "the help" got the best hired hands.

By the time I was old enough to haul hay for pay, inflation had boosted the rate to "a dollar an hour and your dinner." But the age-old tenant was still true: because everyone paid the same, the best workers gravitated to the farmer whose wife treated those hired hands the best. For me, that meant if "Hop" Wheeler, the dairy farmer down the road a mile or so, needed a day laborer, I wanted to work for him because no one took better care of the hay hauling crew than Bessie Wheeler. Bessie's table told us loud and clear that the Wheeler family appreciated the work we were doing for them.

I encountered a modern application of this principle a few days ago.

I received a delightful birthday phone call from Sharon Greenway, a lovely lady who worked for me a few years ago. After birthday greetings and catching up on the news for both our families, she said she called to thank me for creating a work environment where she received something she seldom experienced in other jobs, but which was actually more precious than the paycheck: when she worked for me at SunBridge, she felt appreciated.

In our little company we were very purposeful about noticing each other's strengths and expressing our gratitude for what each team member brought to the group. Sharon said she thinks about that often and compares the positive atmosphere at SunBridge to that of other places where she has worked. It is something she dearly misses.

I reminded her that the concept didn't originate with me; it was a lesson I learned from my friend Nancy Kline, a fellow New Mexican who now lives in Oxfordshire, England. Nancy has identified Appreciation, the act of expressing admiration or gratitude to the people around us, as one of the Ten Components of a Thinking Environment.

I'm grateful to Nancy, author of Time to Think and More Time to Think, for teaching me a simple yet powerful pattern for telling friends, family members, colleagues, or employees what I admire or appreciate about them. She calls it "The Three S's."

Be Succinct: Don't go on and on, just say in a sentence or two a quality or character trait of theirs you like.

Be Sincere: Speak from the heart; be honest and real and don't try to overdo it.

Be Specific: Vague generalities like "you're such a nice person" don't carry any weight. Say precisely what you admire about them.

Pro football coach Bill Walsh said it this way: "Nothing is more effective than sincere, accurate praise, and nothing is more lame than a cookie-cutter compliment."

Giving gratitude by expressing sincere appreciation is one of the sweetest ways I know to lift with the same motion two lives - mine and the person I appreciate. What an efficient way to make the world a better place. What a brilliant way to create a rising tide that lifts all boats.

And what a couple of smart and caring New Mexico women you are, Bessie Wheeler and Nancy Kline!
Posted by Scott Farnsworth at 7:30 AM 2 comments: 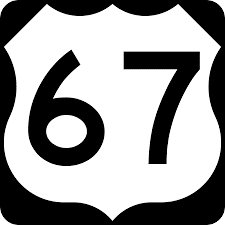 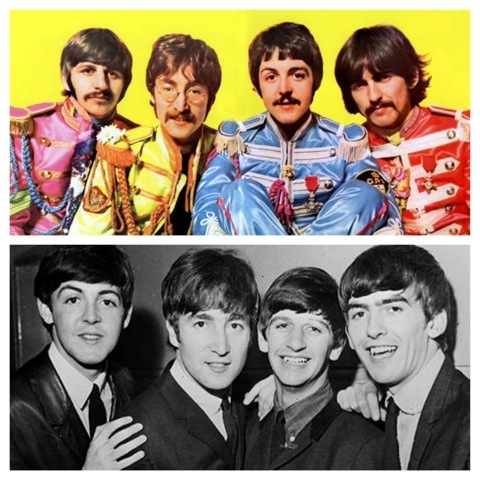 So, gentle readers, what do you think should be the next soundtrack-of-my-life song when I reach that milestone? How about "Knockin' on Heaven's Door" or maybe "Learning to Fly"? Any other suggestions?
Posted by Scott Farnsworth at 7:30 AM No comments: