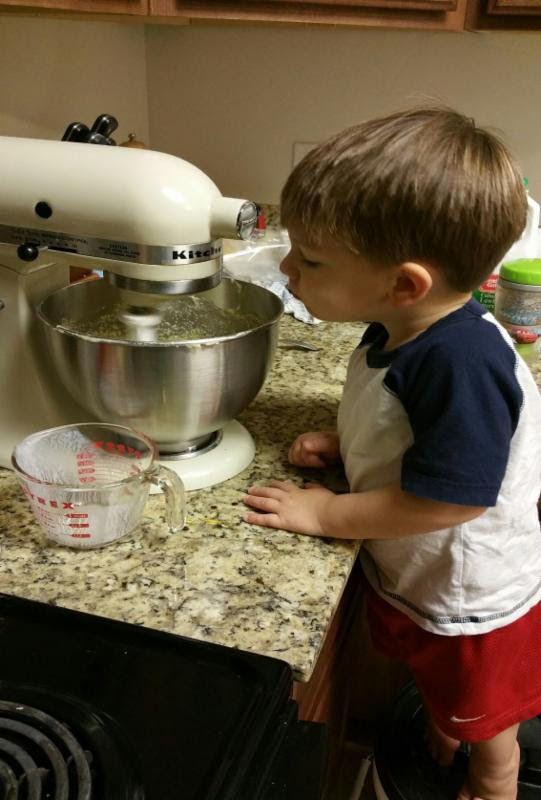 "A two-year-old is kind of like having a blender, but you don't have a top for it."
- Jerry Seinfeld
A few weeks ago I spent two days with my two year old grandson Matthew, his three sisters, and their parents. Jerry Seinfeld is right; it was very much like a blender running at top speed without the top. That weekend brought back lots of memories of the times when our six children were young. Whew, what a frenetic stage of life!
With the perspective of an added generation and without the pressure of actually being responsible for his care, I observed that Matthew's high-energy activity was not merely random chaos. Like any good scientist, he was experimenting. He was trying to figure out how things work and where his boundaries are. He was testing a wide variety of hypotheses, and inspecting new territory. Sometimes those journeys of discovery landed him in trouble, but those occasional (or was it frequent?) missteps didn't slow him down very much.

I find myself a bit envious of Matthew. Now that I'm 61 years and 10 months removed from the "Terrible Twos," I wish I still had the energy, curiosity, and fearlessness Matthew enjoys. If I did, I wonder what I would be able to accomplish. What new breakthroughs could I achieve? What new lands could I explore? What new SunBridge tools could I create? How many more lives could I affect for good?
Posted by Scott Farnsworth at 12:11 AM