LESSONS FROM THE HURRICANES - Katrina, 2005

"Hard times are often blessings in disguise. This is an important lesson to remember when you're having a rough day, a bad month or a crappy year. Truth be told, sometimes the hardest lessons to learn are the ones your spirit needs the most. So take all the crazy experiences and lessons and place them in a box labeled 'thank you.'" ~ Author Unknown 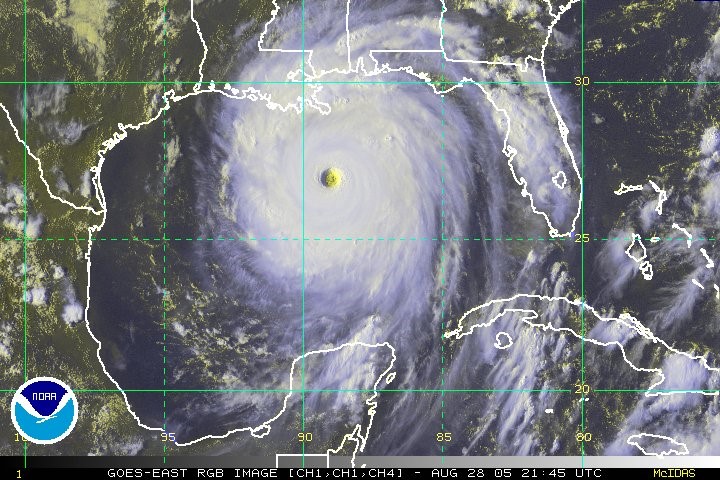 Why is it that some people are hardened by hard times and others become softer?

I have on a few occasions listened to two people who have survived a common traumatic episode. One of them may say, "Oh, what a terrible experience! My life will never be the same. It has ruined everything." The other, having experienced the very same event, may say, "Yes, it was terrible, but just look how blessed I am to have come out of it alive and how much I learned in the process."

I observed this phenomenon firsthand when I went to Biloxi, Mississippi, in September of 2005, just three weeks after Hurricane Katrina decimated the area. While New Orleans received most of the media attention, the actual storm damage was far, far worse on the Mississippi Gulf Coast, where whole towns disappeared in the winds and storm surge.

I was one of several hundred men from our church who rode charter buses all night from Orlando to Biloxi to help clean up the devastation following Hurricane Katrina. Our group was sent to a poor area in East Biloxi about a mile from the ocean. In this area, the modest houses were still standing, but the water had flooded into them up to their attics. Everything inside that was not destroyed by the storm surge was ruined by the heat and humidity, because they had been barricaded off and closed up during the three weeks since the hurricane.

Because I have no particularly useful handy-man skills, I was assigned to one of the so-called "muck-out crews." Our job was to carry everything from the flooded houses and pile the whole moldy mess into giant mounds near the street where it could be hauled away. Then we would rip out the water-logged cabinets and the soggy sheet rock, exposing the studs with the hope that eventually they would dry out and the owners could rebuild.

It was heart-breaking to see people who had so little to start with, lose literally everything they owned in the world. Many we met in the neighborhood were understandably depressed, dejected, and angry because of their suffering and misfortune.

One of the families we helped was an older black couple. Their house was a bit larger than others in the area, but they too had lost everything. Although their experience during the storm and in the aftermath was equally as harrowing and tragic as their neighbors, their attitudes were completely different.

As we worked to put all their ruined possessions on the street, the husband opened up and told me what had happened. He said they had built their house a year or so after Hurricane Camille devastated the Mississippi Gulf Coast in 1969.   They had designed their house to stand at least a foot higher than the high-water mark for Camille, and thus they assumed they would be safe at home when Katrina hit. Unfortunately, the water quickly rose past the high-water mark for Camille and began to flood their house. When the water was waist deep in the house, they decided they'd better get out.

Neither one of the couple could swim, but their adult daughter who was with them was a strong swimmer. She went outside in the thick of the storm and, as luck would have it, found a small boat being blown down the street. She was able to retrieve it and bring it back to the porch. She helped her parents and their dog get into the boat. They then set off for a relative's two-story house a few blocks away. The winds and rain were fierce, and it was difficult for them to control the boat. They saw a woman they recognized clinging to a lamppost, but they were unable to get to her. They never saw her again.

With hard work and fervent prayer, they managed to make it to their relative's house. By the time they got there, the water was already above the windows of the first floor. Their daughter jumped out of the boat, broke out one of the first-floor windows, swam up inside the house, and found the stairwell. She went to a second-floor window, and pulled her parents in through that window. They rode out the storm in the second floor of the relative's house.

Like everyone in the neighborhood, this courageous family lost everything they owned. Our crew of two dozen men spent more than a day hauling their possessions and piling them on the street and then stripping out the waterlogged sheet rock. But unlike their neighbors, who were bitter and miserable, they were thankful for our help and intensely grateful for what they saw as God's grace in helping them survive the storm. They said, "Yes we did lose everything, but we still have our lives. That's what matters most of all. God spared us and we can start again." 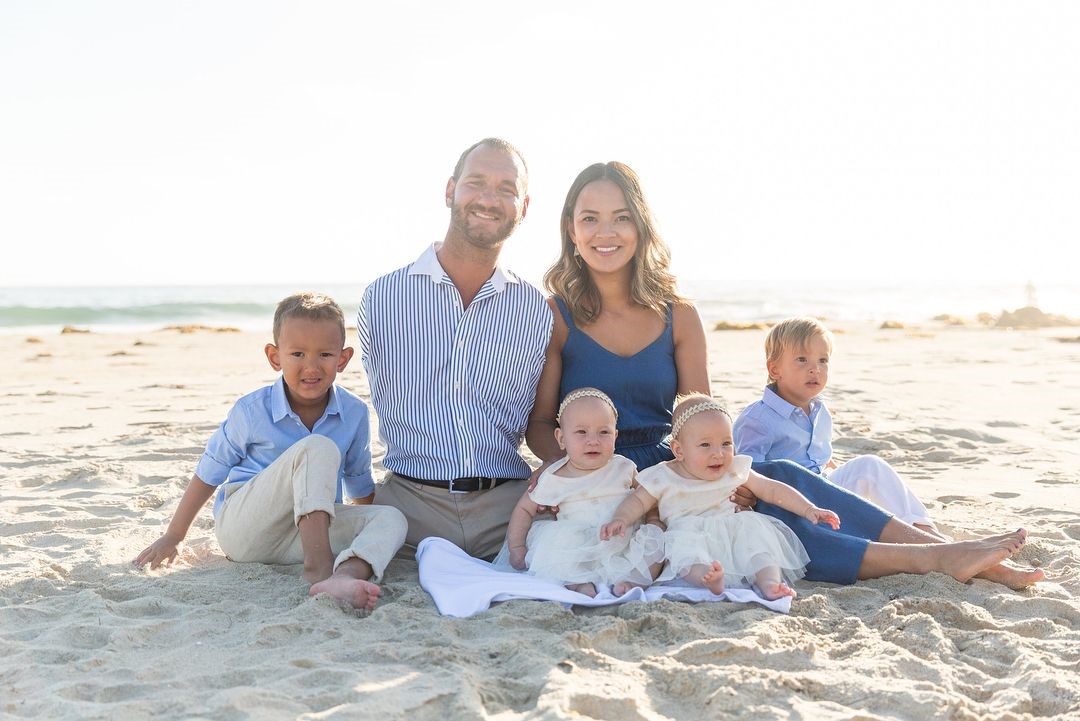 Nick Vujicic with his wife, Kanae, and their four children.

"Often people ask how I manage to be happy despite having no arms and no legs. The quick answer is that I have a choice. I can be angry about not having limbs, or I can be grateful that I have a purpose. I chose gratitude." ~ Nick Vujicic
Posted by Scott Farnsworth at 7:30 AM