Wednesday Wisdom: We'll Miss You, Bob, Until We Meet Again

WE'LL MISS YOU, BOB, UNTIL WE MEET AGAIN

To the outside world, we all grow old. But not to brothers and sisters. We know each other as we always were. We know each other's hearts. We share private family jokes. We remember family feuds and secrets, family griefs and joys. We live outside the touch of time.  Clara Ortega 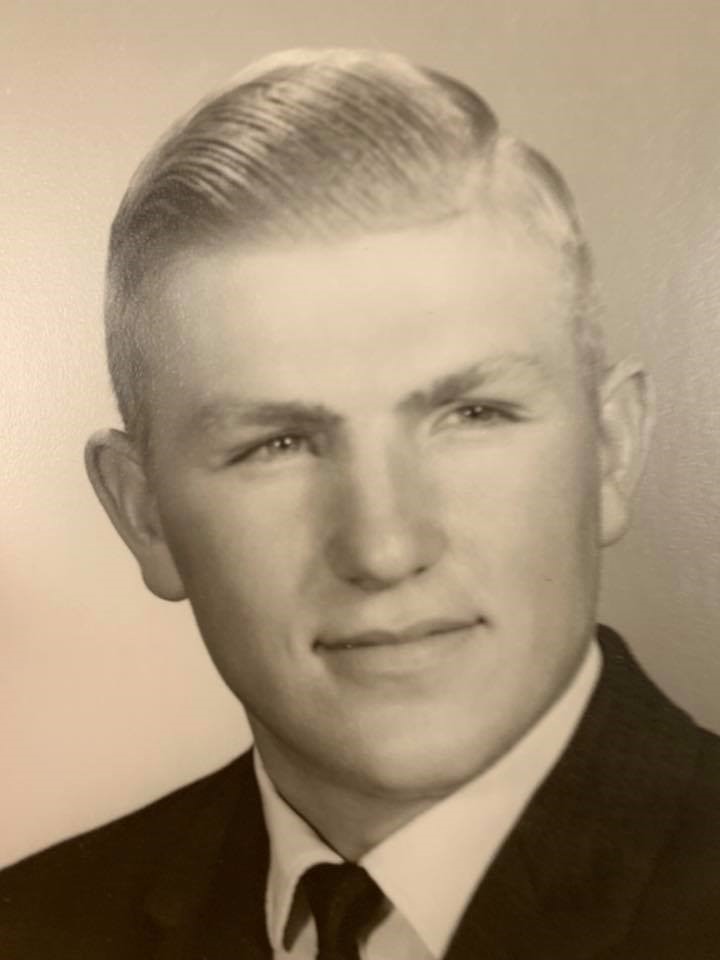 With a heavy heart, I report the death of my oldest brother Bob, Robert Roy Crum. He died on April 2 at the age of 71 in Farmington, New Mexico, following a long illness.

Bob and I were part of a family of 13 children who grew up on a small dairy farm in Fruitland, New Mexico. Ours was a "yours, mine, and ours" family. However, we never thought of one another or referred to each other as "step-brothers or -sisters" or "half-siblings." That language never crept into the family lexicon or mind-set, and thus I do NOT refer to Bob as my step-brother.

My older brother Alan died in a hit-and-run accident at age 8. (See my recent Wednesday Wisdom article from February 12.) Then Roy died of leukemia and Gracie Mae died of throat cancer. Elaine was left a widowed single mother with five children and Marion found himself alone with six children.

Sometime later, Elaine and Marion were introduced by a mutual friend. They fell in love, got married, and combined their two families. Some folks said they must have been crazy to take on that task, and perhaps they were. Crazy in love.

The "merge" was not easy with 11 children between the ages of 14 and 2, half of whom had been uprooted from their home in Cotton City and moved 450 miles north to Fruitland, and all of whom had recently lost a parent and needed nurturing and reassurance. As one might expect, we experienced many difficult adjustments as we all struggled to find our places in this newly-forged family.

Marion and Elaine later brought a new baby boy into the family circle, completing the "yours, mine, and ours" pattern. Our little brother Brent was the catalyst who melded the family and brought all of us closer together. Here's a family photo taken when Brent was a few months old. 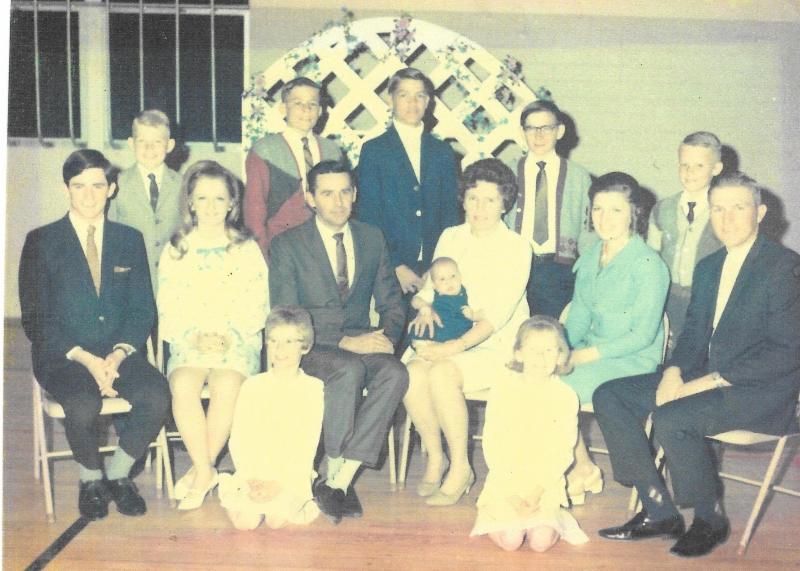 For a couple of years, until we could build on an additional wing, all of us lived in our small farmhouse with three bedrooms and a single bathroom. It was a bit like the Brady Bunch on steroids, except we had no "Alice" to feed us and clean up after us. It took all of us and a strong set of resolute parents to handle the heavy chores and relentless farm work.

Bob bore much of the load of that hard labor. After his father's death in Cotton City, Bob became the man of the family at a young age, helping his mother run their cotton farm. With his move to Fruitland at the age of 14, Bob took on many grown-up tasks there, such as milking our herd of dairy cows each night after school, plowing fields, and overseeing his six younger brothers on our assigned farm duties. Bob certainly knew how to work.

Bob was a strong but gentle man who had a knack for cars and trucks, and a penchant for all things mechanical. You could count on him to fix just about anything, and to stick to an assigned job until it was done. His obituary read in part: "Bob was a very humble, quiet man and never wanted to be the center of attention. He loved his son, Michael who was the light of his life. He will be sorely missed by his son and his siblings, and his nieces and nephews whom he adored."

From the experience of Bob's demise, I found the death of an adult brother or sister to be unsettling. Unlike the passing of a parent or grandparent, which we always fear but realize will happen sooner or later, the death of a sibling awoke me to the reality that our generation is getting older and now it is our turn to face our own mortality. It's a sobering thought to recognize that we are the old guys now.

Bob, the oldest brother, broke the ice and led the way. Now we, his 11 remaining siblings, must come to terms with the truth that in the not-too-distant future, we will follow him through the veil.

However, this is a time of sadness and contemplation but not despair. We have an unshakable conviction that death is not the end of us, nor is it the end of our family ties. We believe that families can be together forever and we will see Bob, Alan, Roy, Gracie Mae, Elaine, and Marion again when we arrive in heaven. While his absence - and their absence - is indeed painful, our separation is only temporary.

We'll miss you, Bob, until we meet again.
Posted by Scott Farnsworth at 8:00 AM