Wednesday Wisdom - "Choose It or Lose It" - Part One 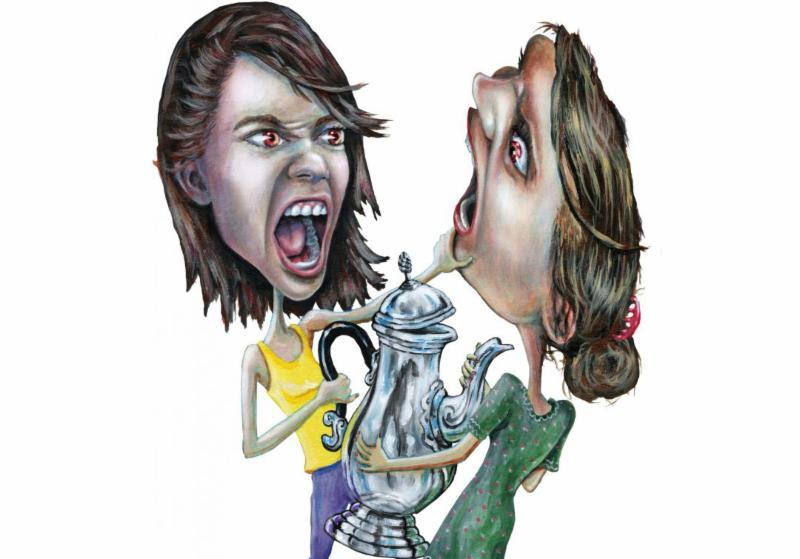 "Emotions [can] run high over who gets Grandma's pearl necklace or Dad's fishing pole. Disagreements over who gets what can lead to bawling and brawling between siblings that can scar relationships forever."
John Ewolt
Some families could care less about their parents' and grandparents' personal property, as I described in last week's Wednesday Wisdom. Other families, however, deeply value their heirlooms and personal artifacts. In such families, the failure to plan properly for their division and distribution can create significant family harmony issues.
When most people plan their estates, they largely focus on how their money and their property will be distributed, but they usually pay scant attention to the "stuff." While those personal effects may have little monetary value, often they carry tons and tons of sentimental value. Unfortunately, dividing up those items is the one part of the estate settlement process that is most likely to create lasting relational problems in a family.
Estate planning clients (and their advisors) often make at least one of these potentially devastating mistakes:
1.)  They leave the issue for others to address after their death.
2.)  They fail to establish a process that feels fair to their heirs.
3.) They postpone the matter to a time when emotions and tensions are already high, such as in the middle of the grieving process.

Any one of these slip-ups can light a fuse that could blow family relationships to smithereens.
Many times, if the will says anything at all about the personal property, it simply instructs the children to work it out among themselves. My dear friend John A. Warnick, a SunBridge advisor from Denver, Colorado, uses a powerful metaphor to describe the havoc this approach can create, as quoted in a New York Times article:
"I ask parents to think just for a second what it would be like on Christmas morning if your children ran downstairs and there were all of these presents, bright and shining, big and small, but with no name tags on them," he said. "Can you imagine the free-for-all that would ensue?"
Doing nothing and believing that your children will divide things without quarreling, he said, will not work. "It's the denial that my children will never fight, they'll never quarrel, they'll just accept it," he said. "That denial is a temptation for many people to not put the time and energy into carefully designating and selecting personal property." (https://www.nytimes.com/2016/04/16/your-money/when-dividing-assets-the-little-things-matter.html)
Some parents unfortunately use the "stickers-on-the-bottom-of-the-item" method. Even ignoring the danger of the stickers falling off or being moved or removed, this is a dangerous game. Seldom does every object receive a label and never does the outcome turn out to be equitable. It usually ends up favoring the child who is the most pushy or manipulative or close-at-hand, the one who is willing to push the limits with the parent. Those who draw the short straw in this system often end up resenting both their parent and the sibling(s) favored by the parent's stickers.
My father-in-law, Henry Ware Hobbs, Jr., saw firsthand during his long career as an attorney in Brookhaven, Mississippi, how this issue can destroy families, and he was determined that he would not let it happen to his six children. In the fall of 1986, many years before his unexpected passing in 1993, he sent them each a large legal file entitled "Choose It or Lose It."
As I described in last week's Wednesday Wisdom, he preserved the stories of each item by photographing every heirloom object he owned and writing a paragraph about each item, summarizing what he knew of its history: who owned it, how they acquired it, how they used it, how it came into his possession, and any other tidbits of information.
But he did not stop there. He went on to outline a simple process under his direction for making a fair and equitable division of those heirlooms in a calm and dispassionate setting. It was pure genius.
To be continued . . . .


Posted by Scott Farnsworth at 9:38 AM