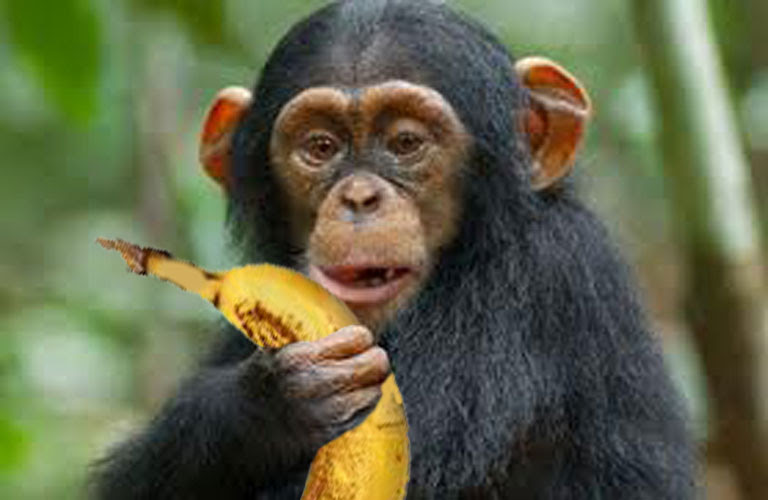 "Life doesn't have to be perfect to be wonderful."
Annette Funicello

If I were to ask you to guess what a chimpanzee's favorite food is, you would probably say bananas. And you would be correct. However, if I were to ask you to guess what a chimpanzee's second favorite food is, you probably wouldn't have a clue. You might guess some other kind of fruit, or nuts, or perhaps something sweet. The correct answer is lettuce. Believe it or not, chimpanzees like lettuce almost as much as bananas. Given a choice, a chimpanzee will pick lettuce nearly as often as bananas.
A group of zoologists, aware that chimpanzees like bananas and lettuce almost equally, once conducted an interesting experiment. Using two similar groups of chimps, they placed one group in a closed room with a door leading out to a cage. In the cage, they placed a wooden box and under the wooden box, they placed heads of lettuce. They opened the door to the room and allowed the chimpanzees into the cage. The chimpanzees discovered the box, lifted it up, and found lettuce, their second favorite food. As you might imagine, they were delighted to find the lettuce and began to eat it contentedly.
The second group of chimpanzees was placed in a similar environment, with one exception. Between the room and the cage, there was a window with open curtains through which the chimps could see into the cage. The zoologists, in plain sight of the chimpanzees, placed a bunch of bananas under the wooden box. Then they closed the curtains, removed the bananas, and replaced them with heads of lettuce. They opened the door to the room and the chimpanzees were allowed into the cage. They went straight for the box, lifted it up, and discovered lettuce, their second favorite food. How do you suppose they responded?
Rather than being happy to find their second favorite food, these chimpanzees, unlike the first group, went absolutely berserk! They shrieked in anger, shredded the lettuce, and stamped on it. They went totally "ape." Or maybe "bananas."
Remember, these chimpanzees hadn't discovered under the box something they hated; they had found lettuce, their second favorite food. But instead of eating it contentedly like the first group, they went ballistic.
What was the difference? Their expectations. The first group had no expectation of finding bananas under the box, and thus they were quite happy when they discovered lettuce there. The second group, however, expected to find bananas. When they found lettuce instead, their expectations were thwarted.
I have observed that happy people strive to do well but they don't expect perfection, whether in themselves, in those around them, or in the situations life throws at them. To them, wonderful is pretty good. They choose to be happy.
On the other hand, those who expect perfection in others, themselves or life are usually frustrated and disappointed and, as a result, unhappy. With their unreasonable expectations and demands, they often succeed in making those around them miserable too.
Whatever life puts under our box, whether bananas or lettuce or something else entirely, we can choose how to respond. I agree with Annette Funicello - life doesn't have to be perfect to be wonderful.
Posted by Scott Farnsworth at 8:38 AM